So the northeast just got butchered by a blizzard that came our way. Luckily we made it through unscathed, we were able to have power and my future father in law likes to play with his snow blower so there weren’t hours of shoveling for the 2+ feet of snow we got. So, Sean and I were lucky enough to just have to clear off our cars and have a relaxing day of festivities.

Our day included playing poker, eating, drinking, and the adventure of clearing off our cars and then going for a walk in the snow. So I prepared by hitting Whole Foods when they opened on Monday to beat the crowds later in the day on Monday. It was kind of weird to see complete sections of produce empty, kind of an eerie feeling when store shelves are empty. Don’t you think?  Well, I was still able to get all the snacks and other items you don’t need to heat up to enjoy.

On a side note I have officially started studying for the GRE’s. Wish me luck. Eeeek!

Here are some pictures from my day on Tuesday 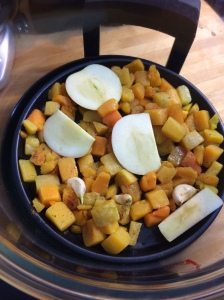 This was the base of a soup I attempted but I didn’t cook the garlic long enough so it was way too over powering and turned out yucky. Its butternut squash, fuji apple and three garlic cloves. 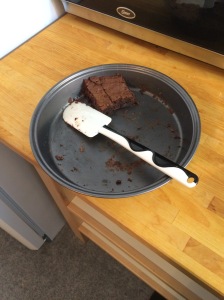 The leftovers of an amazing gluten free brownie recipe that I’ll have to post soon! 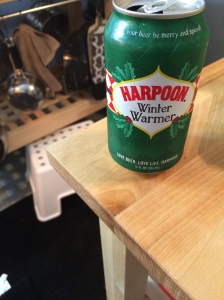 You have to have libations on a snow day! 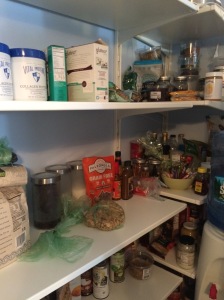 Our stocked pantry in case we had to make do with what we had without electricity. Lots of dried fruits, nuts, peanut butter, chocolate, you know the “Essentials”. 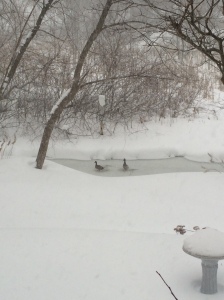 The ducks still managed to come by during the storm. Too cute! 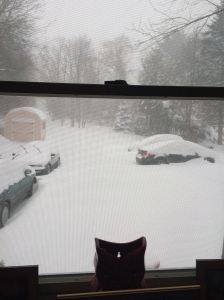 My car is the one covered in snow in the back that just looks like a white blob. This was only about 1/2 way through the storm I think. It was a crazy amount of snow! 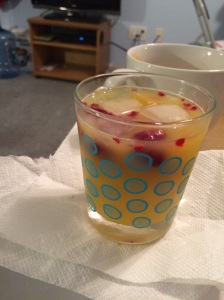 This was delicious: orange juice, Cruzan Banana rum, and frozen raspberries for a pretty factor.

.    I hope everyone in the north east had a safe few days of snowy madness. You have to love New England.